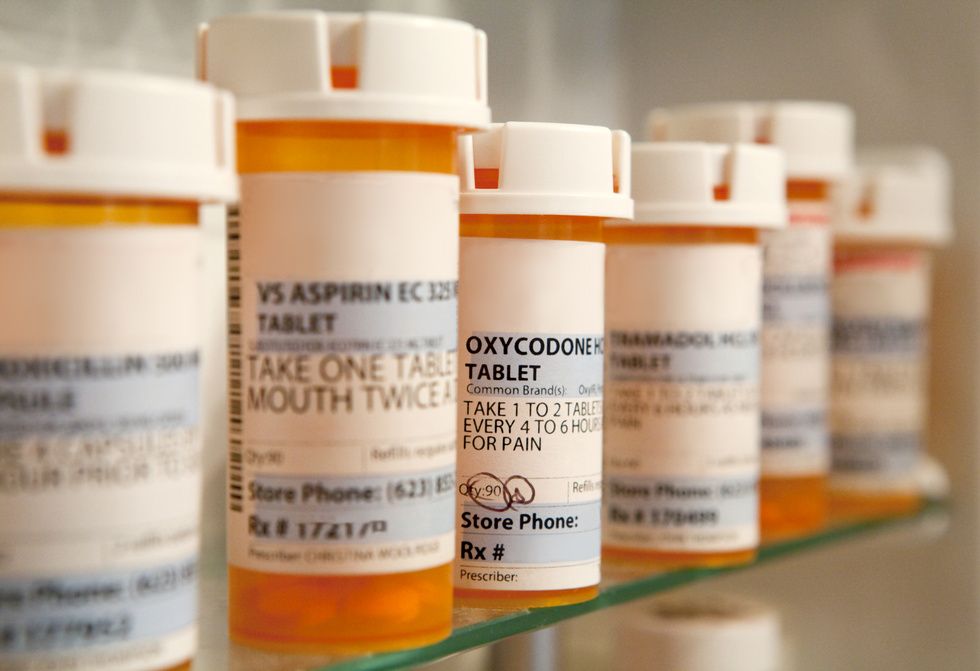 What kind of drugs are Permax and Dostinex?

Permax and Dostinex are both drugs that fall into a classification of medications called ergot-derived dopamine receptor agonists. That sounds like something that will cure cancer, but what does that classification entail? These drugs are used for the treatment of illnesses like Parkinson’s disease, RLS (restless leg syndrome), A.D.H.D. (attention deficit/hyperactivity disorder), clinical depression, and it can be used for the treatment of migraine headaches in some severe cases. What the drug basically does is activates the dopamine receptors in the brain in the event that the receptor’s ligand, the neurotransmitter dopamine, is absent. In English, the drug makes the dopamine receptors function even when the natural, bodily chemical of dopamine is absent, allowing the pathways to still communicates with each other. Basically the drug acts like the airwaves to a cordless, landline phone. Even though the actual phone being used is not plugged into the receiver, the airwaves link it to the receiver, which is plugged into the phone line, and it allows you to communicate with whoever is on the other end of the phone line.

There are other ergot-derived dopamine receptor medications that have already been pulled “off the shelves”. Fen-Phen was pulled from use in the 1990’s due to the fact that it caused heart valve disease. Compared to Fen-Phen, Permax (pergolide) is more likely to cause leaky heart valves. Studies have shown that Permax is between five and seven (5-7) times more likely than any other drug medication therapies used to treat Parkinson’s disease to cause a leaky heart valve.

Dostinex (cabergoline) is used to treat a condition called hyperprolactinemia (the literal translation of the condition is as followed: hyper=excessive, prolactin=hormone, –em=blood, –ia=pertaining to), which is a condition due to benign tumors in the pituitary gland large quantities of prolactin enter the bloodstream. This is the only condition in the United States that the medication Dostinex has been approved to treat. Dostinex can also lead to leaky valves in the heart just like Permax can. 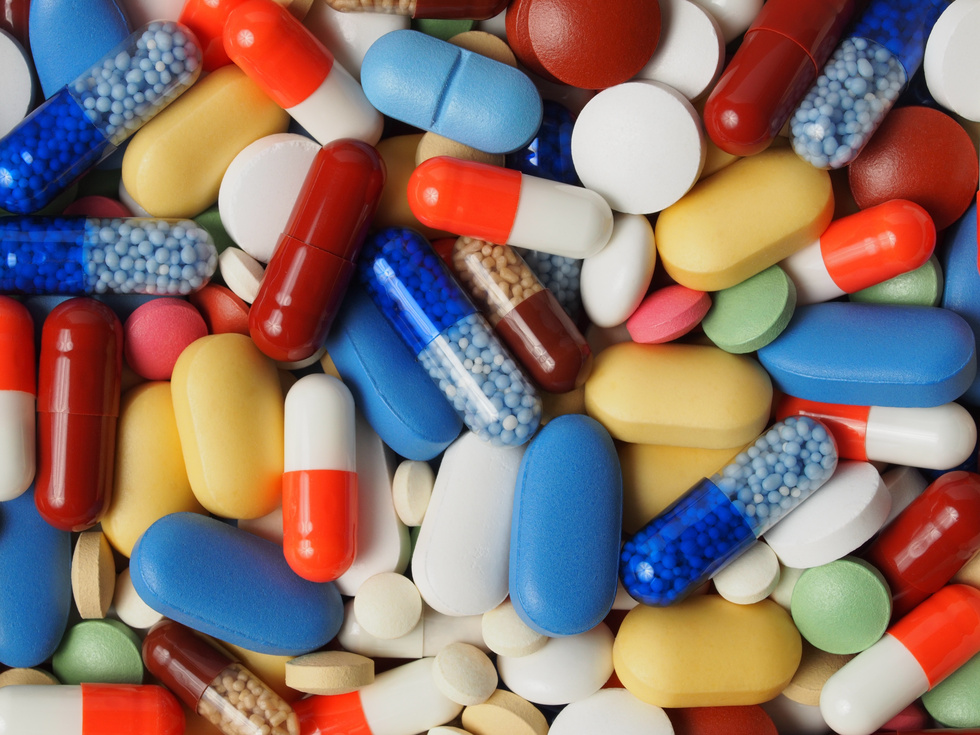 There have been studies that have proven that both Permax and Dostinex can cause a valve in the heart to overgrow by interacting with the receptors in the heart, which causes the valve to become leaky. There was a study published in the January 2007 issue of the New England Journal of Medicine that confirmed that both Permax and Dostinex are five to seven (5-7) times more likely to cause the leaky heart valve than any other prescription medication therapy out there. Permax however is the only drug of these two that has what is known as a black box warning addressing the increased risk of heart valve issues with those patients who take this drug. A black box warning means that this is the strongest, most rigid warning on a prescription medication by the FDA that still exists on the market. This warning label indicates very serious side effects and risks that could be involved with taking this medication.

Going back to the January 4, 2007 issue of the New England Journal of Medicine issue that published the study done on the medications Permax and Dostinex, there are articles written about two (2) case studies that provided some of the strongest evidence to support the fact that patients who are taking either Permax (pergolide) and/or Dostinex (cabergoline) are five to seven (5-7) times more likely than any patient who did not, has not, or will not take either of these medication to have cardiac valve dysfunction. If you would like to review the two (2) case studies, click here for the full article published in the New England Journal of Medicine.

Background on Permax and Dostinex

Eli Lilly & Co. is the company who in 1989 put the prescription drug pergolide, named Permax, on the market in the United States. Back in , a different pharmaceutical company supplies the prescription medication Permax for the United States market and that company is Valeant Pharmaceutical International. Pfizer, INC. is the company that puts the prescription drug Dostinex on the market for the United States to help treat a condition called hyperprolactinemia, which is a condition where there are large quantities of prolactin in the bloodstream due to the fact of benign tumors in the pituitary gland. It has been said that both lead to heart failure and sudden death.

Long-Term Use & Background of Permax & Dostinex

There was a study that was published and released on March 29, 2007, which was divulged to give supplementary warnings on the drug Permax. Medical Journal News Archives of Neurology published an article in March 2007 shedding light on a new study that gave supporting evidence to the theory that the long-term usage of Permax increased the risk of vulvulopathy (disease of the valves), and primarily cardiac valve regurgitation when the medication was prescribed to treat Parkinson’s disease. However, the same study revealed that Mirapex (pramipexole) and Requip (ropinirole) are two non-ergot-derived dopamine agonists that were not associated with any risks of the heart valve damage that are also used to treat Parkinson’s disease. The numbers reported from the study were on opposite ends of the spectrum. There were 36 tests subjects who were given the drug Permax and 36 matching test subjects who were given Mirapex or Requip. Those test subjects who received the Permax scores were drastically higher than those who received Mirapex or Requip.

Doctors who have reviewed the study have stated that if at all possible, patients who are taking the drug Permax should cease taking it if at all possible and switch to one of the other non-ergot-derived dopamine agonist drugs, due to the fact that it causes cardiac valve regurgitation. Mirapex and Requip are recommended for first-line drug therapy if medication is necessary to treat Parkinson’s disease, RLS, A.D.H.D., and in the event of severe migraine headaches. Those who are not able to come off Permax or switch to another medication are strongly urged to undergo yearly echocardiography to keep a check on the valves of their hearts.

Within the past four to five (4-5) years, there have been two (2) more articles written and published pertaining to the review and summarization of the side effects regarding cardiac valves and what the prescription drugs Permax and Dostinex (which are used to treat Parkinson’s disease, A.D.H.D., R.L.S., and in severe cases migraine headaches) have on them.

The first article, which was titled, “Dopamine agonists and valvular heart disease,” was published in June 2009 and in readings, reviews, and summarizations, this information has been gathered:

The second article, which was titled, “Potential Cardiac Valve Effects of Dopamine Agonists in Hyperprolactinemia,” first published online in February 2010, reinforces the findings and guidance of the earlier article:

In March of 2007, the United States took Permax off of the market due to the fact that it was causing more harm (cardiac valve regurgitation and leaky heart valves) than good (treating Parkinson’s disease, A.D.H.D., RLS, or in severe cases, migraine headaches). In August of 2007, Canada followed suit and too the drug off its market as well.