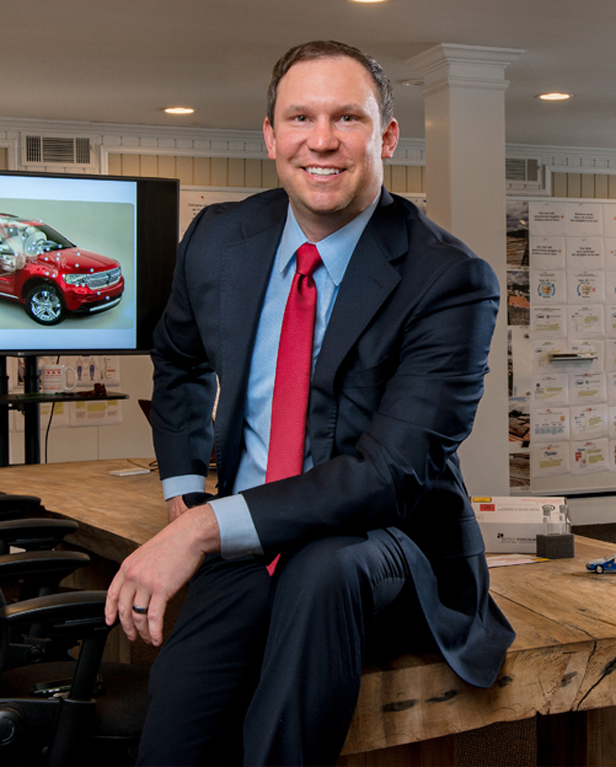 Sam is in the top tier of the 2019 Top 40 Under 40 members of American Academy of Attorneys. Less than 1% of all attorneys are nominated to become a member. The American Academy of Attorneys is a national organization of elite attorneys actively practicing law who are dedicated to the promotion of excellence in the field of law and their communities.

He is primarily focused on DUI defense, serious traffic offenses as well as criminal misdemeanors and felonies.

He graduated from the University of Georgia with a degree in Economics from the Terry College of Business. He then went on to John Marshall Law School in Atlanta, GA. While in attendance Sam received the CALI Excellence for the Future Award for his legal writing and research skills. He was a member of the John Marshall Law Review where he had to edit and publish articles. During his last year, Sam completed his externships with both the Hall County and Habersham County Solicitor’s office.

While working with the Solicitor’s office Sam earned a certification on the Basics of DUI Prosecution at the Georgia Public Safety Training Center (GPSTC).

He is now a member of the State Bar of Georgia and the United States District Court. Sam was sworn in by Superior Court Judge Raymond George in White County and Senior Judge William O’Kelley in the Northern District of Georgia.

He has completed the comprehensive course of study with the National Highway Traffic and Safety Administration’s (NHTSA) DUI and Standardized Field Sobriety Detection multiple times.

He is a member of the National College for DUI Defense (NCDD) and has attended seminars around the Country like Las Vegas, Boston, New Orleans, and Texas.

Sam has had the opportunity to work with Rodney Jew one of the best litigation strategists in the world. He learned a different approach to solve problems and to think critically. Understanding the problem is one thing, but then presenting it to a jury is another thing all together. By working with Rodney and his team Sam has learned how to visually present a case with a structure and purpose.

Sam Sliger is the criminal division of the law firm of McDonald & Cody, LLC and is ready to work. Sam knows what it takes to win a case. There are typically three goals that need to be addressed in a DUI arrest: (1) limit the amount of jail; (2) keep driver’s license from being suspended; and (3) keep a DUI conviction off your record.

Sam lives in Gainesville, GA with his wife, Ashley and son Bo. and He enjoys hunting, grilling, tailgating and SEC football. Go DAWGS!

“Attorney Sam Sliger, ESQ. is a dedicated and compassionate lawyer who is attentive to all of your needs. He listens to all your needs and handles everything in a professional manner. We couldn’t have asked for a better experience.  I would highly recommend him to anyone who is facing any kind of legal issues.  Thank you Sam!”

“Sam met with me right away after discussing my situation. We went through various possible outcomes based on the facts of my case. He worked long and hard and spoke with me often leading up to trial. Needless to say I was very please and thankful for my results. I highly recommend Sam for anyone needing legal advice or representation.”

“Sam, I wanted to take this opportunity to confess that when I learned that a new associate was handling my case I was certain that Gus had just “handed me off” to the new guy…Turns out to have been a real stroke of luck! Thank you so much, and congratulations for your outstanding efforts and successful conclusion to my case. ”